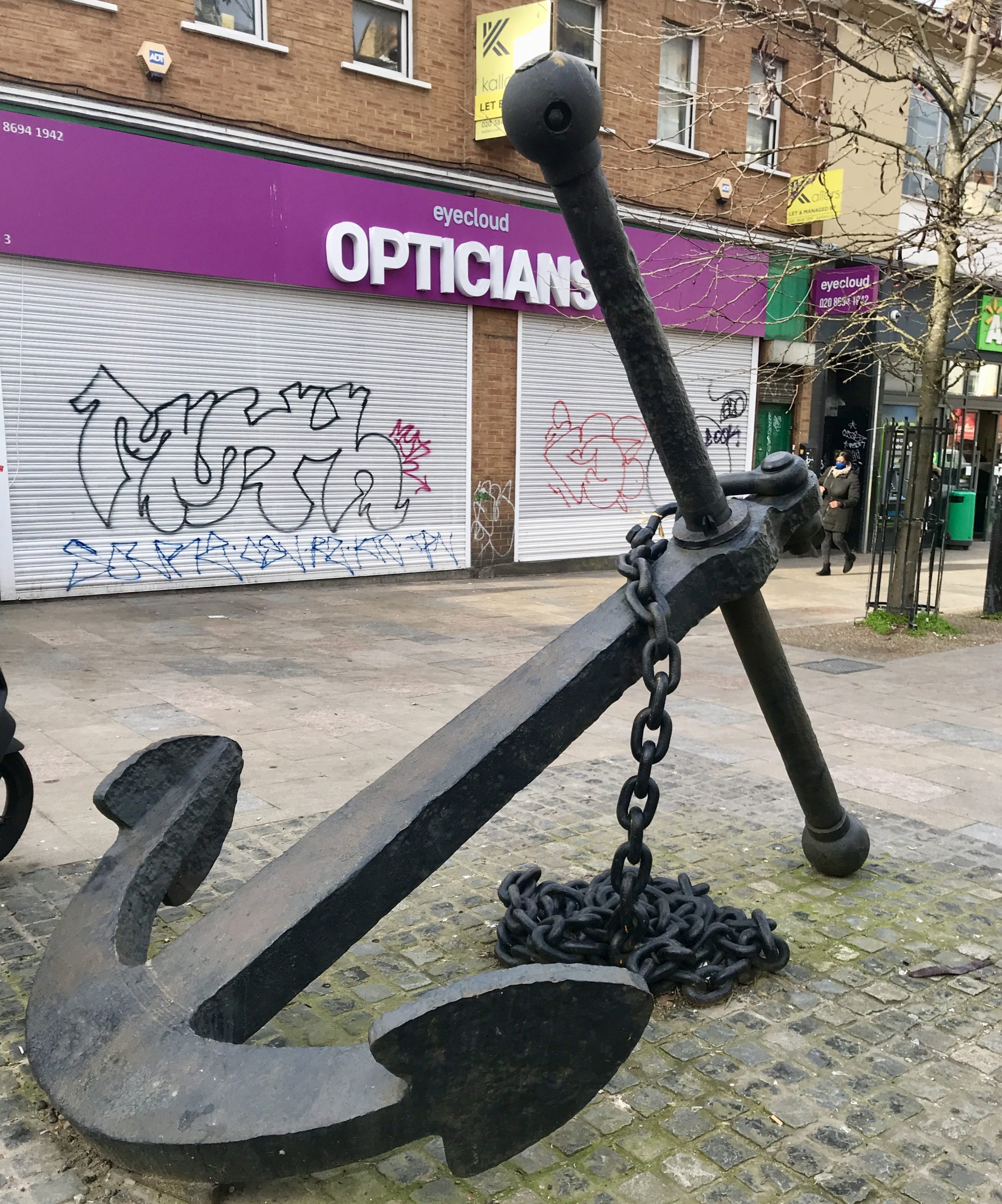 Right at the top of the high street is a huge anchor. I don’t know how old it is; maybe 200 years? Maybe Mary sailed in the ship this anchor came from.

It’s fixed to the ground, lying on its side; the pointed end of it, the Crown, points out and away from the street; onwards south, perhaps all the way out to the sea while the eye (where the rope goes) points into the street and as I sit in the shanks of it I imagine a silver rope running through; all the way up the long road, until it sails on the river, carrying with it the lives that keep going, going still. And the two bits on the bottom of an anchor; those two curves that lock it in place where ever it lands? 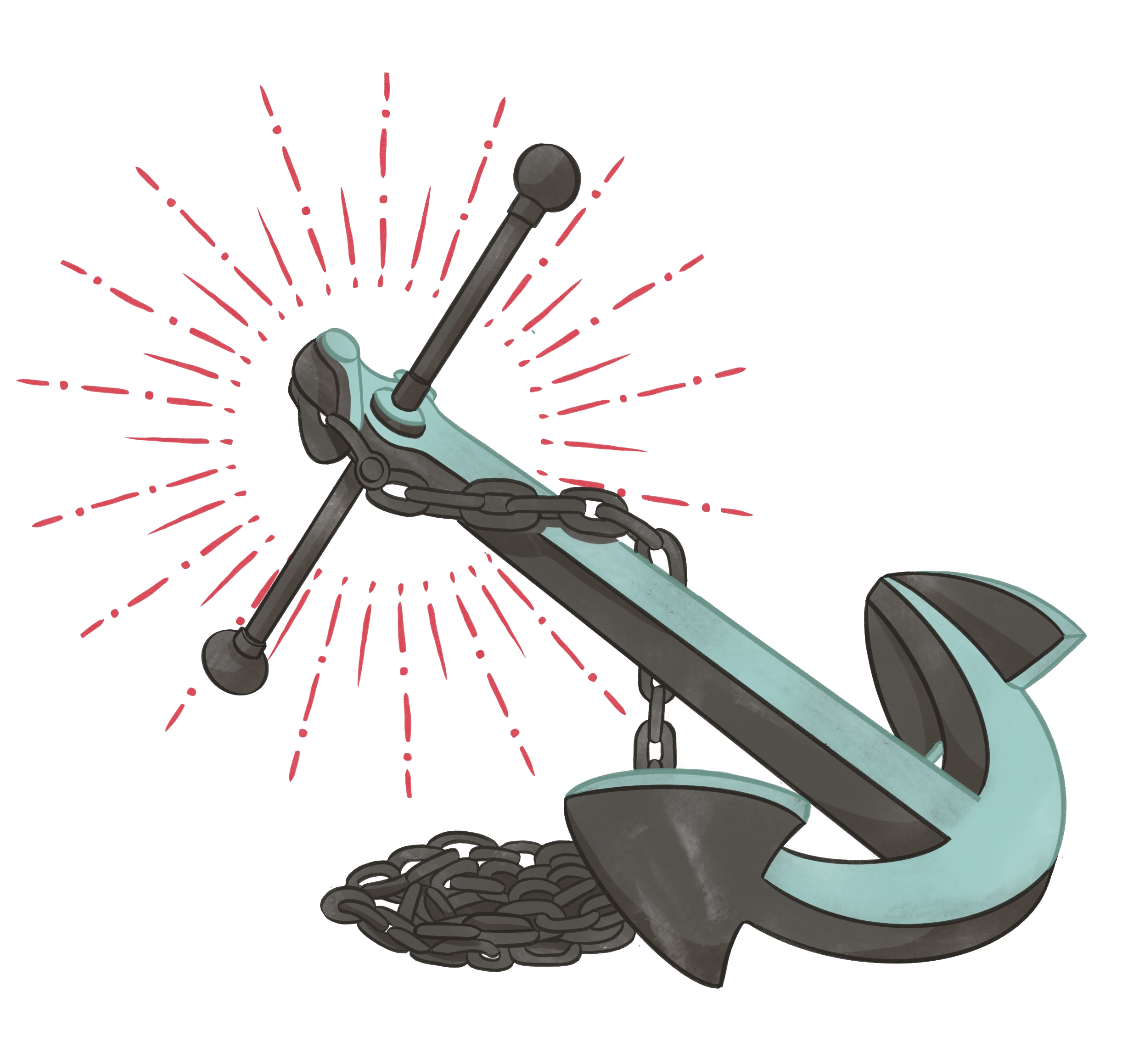 It’s just luck that I find myself here today; sat in an anchor on a street in a town that has been lost for so long; quietened, beaten down. But more doors are opening every day and I watch as people walk for the hell of it. More and more of us. Us. 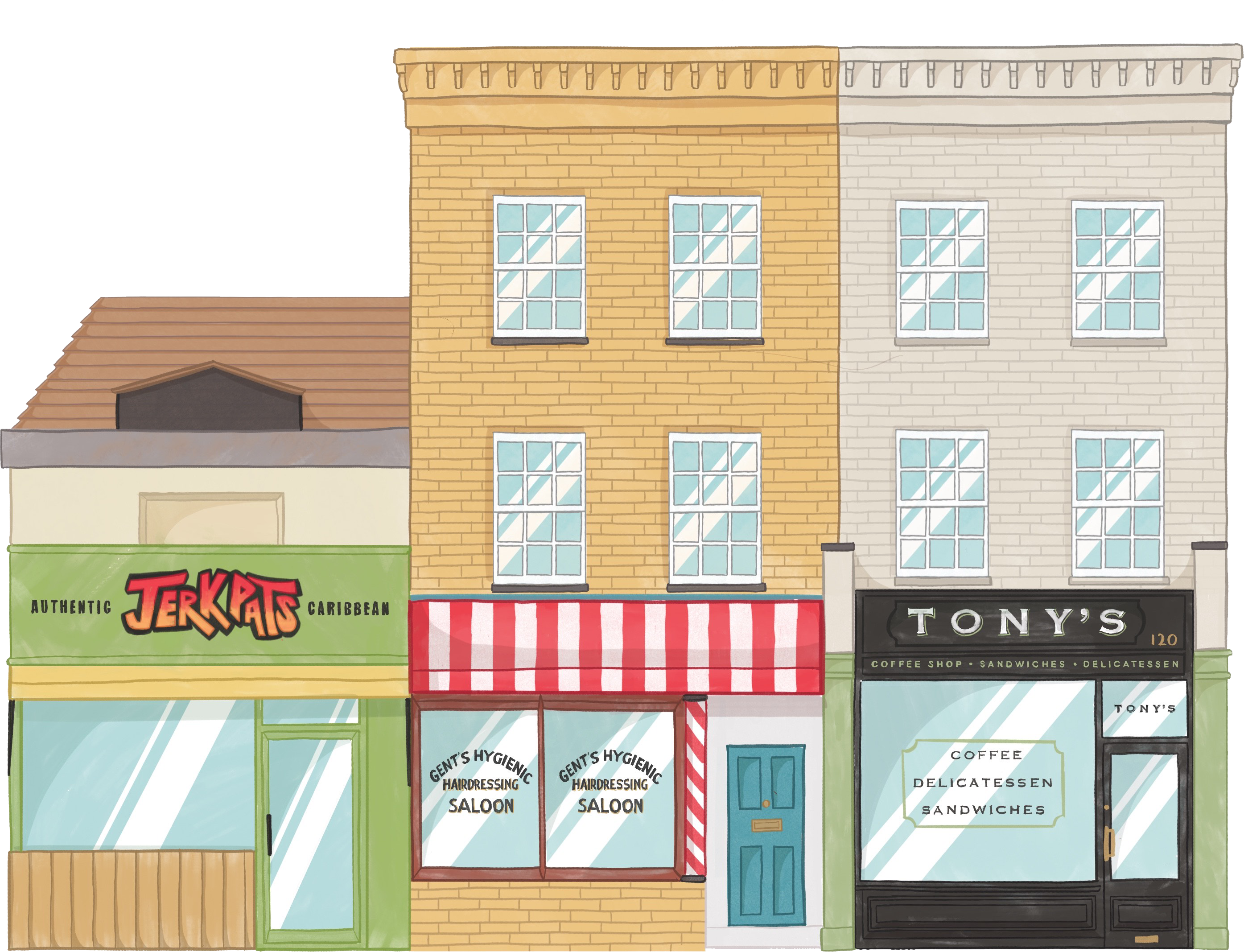 Then the rain started, and my inks ran, and so did I, back to my tiny flat; laying this drawing out on the radiator in the hall. Messaging, heart emojis, making tea. A slice of nutmeg cake. Dolphins and anchors, love running through my blood and ink.

And now as I write this the rain has stopped. It has stopped after what feels like years. I’ve just put cream on the dolphin which grumbles in redness on my arm; Lena has promised to come by later to check it’s ok and I feel my pulse get swift; check my face in the mirror.

There is no rainbow.

But I know she is there.