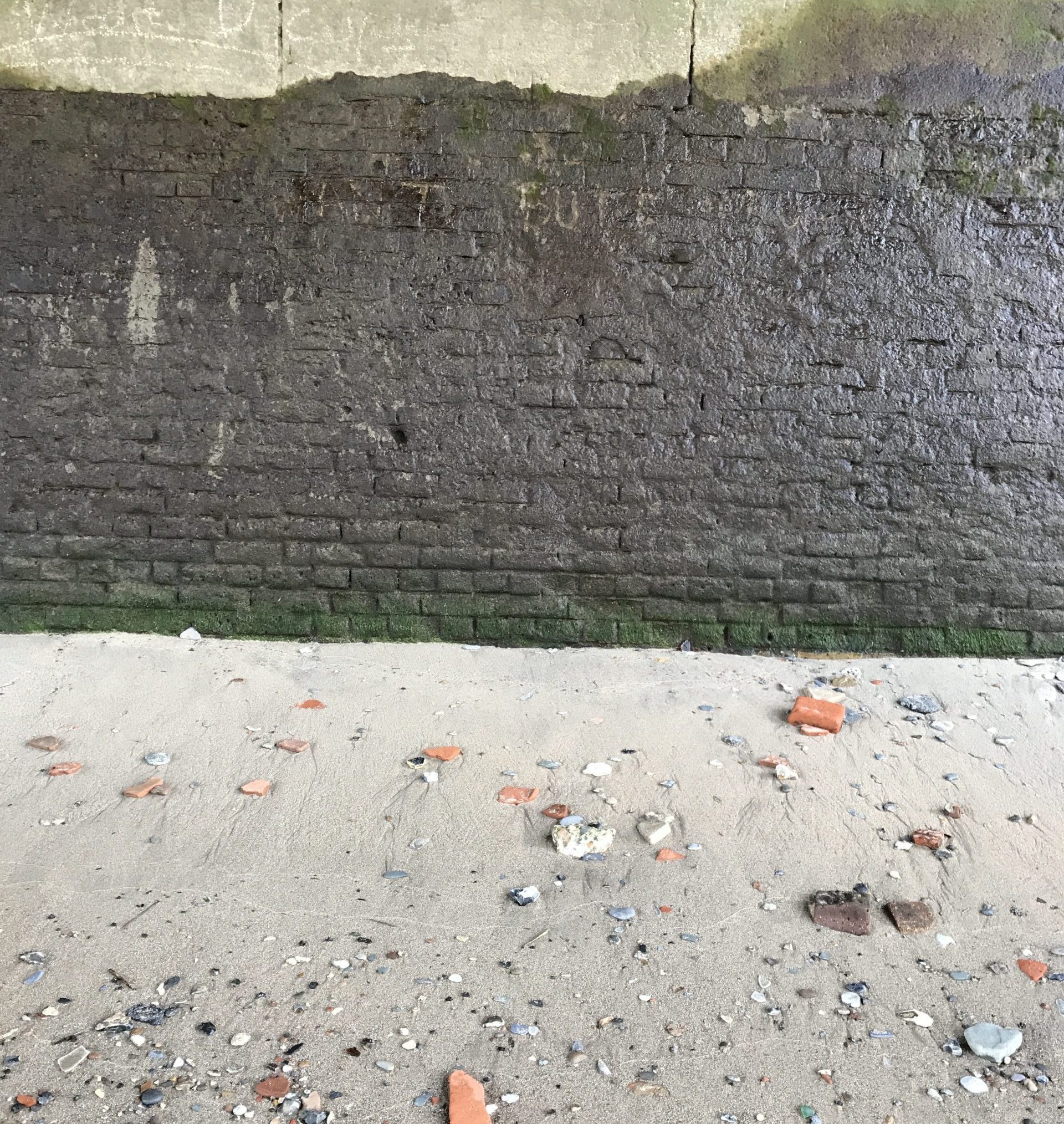 There was a story on the news this morning: two dolphins, spotted swimming in the Thames.

I know, right? You couldn’t make this up.

But there was some wobbly phone footage broadcast, and behind the 12 seconds of blurry grey blobs meandering across the water was the delighted shouts of a child, excitedly repeating ‘doh-bons daddy! Doh-bons!’ And I was impressed the little kid could identify what so many of the adults could not. This didn’t happen near where I live but I went back down to the river anyway.

It was so peaceful. I want to say quiet, but that’s not quite right - I could still hear murmurs of the world churning away in that half-hearted way: clang, horn, toot, shout...but all wrapped in heavy air so it comes to your ears like a memory. Tide’s out so I pick my way through the lip of the Thames, kicking up the mud, watching it spool out in whorls and tendrils; dirty, restive.

I thought I was alone but the man in the distance: he’s all in black, shorts, trainers, top. I think he’s a runner, is he doing his couch to 5k? Down here? But he’s not running, not really. He’s walking, super fast, like in a really agitated gait. He’s determinedly going somewhere, somewhere else. But it’s the third time I’ve seen him pass me. Me on the edge of the water, him right by the river wall. The fast walk, the intensity of his direction, and now
he’s coming towards me. He walks towards me so purposefully but I couldn’t yet make out his expression.

I stood there, feet in mud, and I saw his face, fixed on me, his eyes are...they look panicked. Sweat drips from his face. I realise he is completely bald but a young man, early twenties. I realise he is-

I watched him go. He walked differently. But only a little. Still determined, still fast; his limbs like kinetic parts not quite in sync.

He didn’t look back once but I kept watching him, stifling the shout in my throat; my heart beating like mad. I didn’t want to say the word I’d been thinking of all the while we talked - feeling it flash in my head: ugly, brutal word...and how close I had got to that word myself.

God, what a shitty thing to tell to someone.